Today The Car Spotter will be discussing the Orange Toyota Supra from the first Fast and Furious film driven by Paul Walker that recently sold at auction for the sum of $185,000.

You can read The Car Spotter’s article that contains the full details of the orange Toyota Supra here.

Read The Car Spotter’s article about the GT-R R34 driven by Paul Walker from Fast & Furious that went on sale here.

The 1993 Toyota Supra stunt car was used in the original 2001 Fast and the Furious movie and was driven by the late Paul Walker. It sold last week at Mecum Auctions in Indianapolis and reached a total of $185,000 under the hammer, falling between its pre-auction estimate of $150,000 and $200,000. 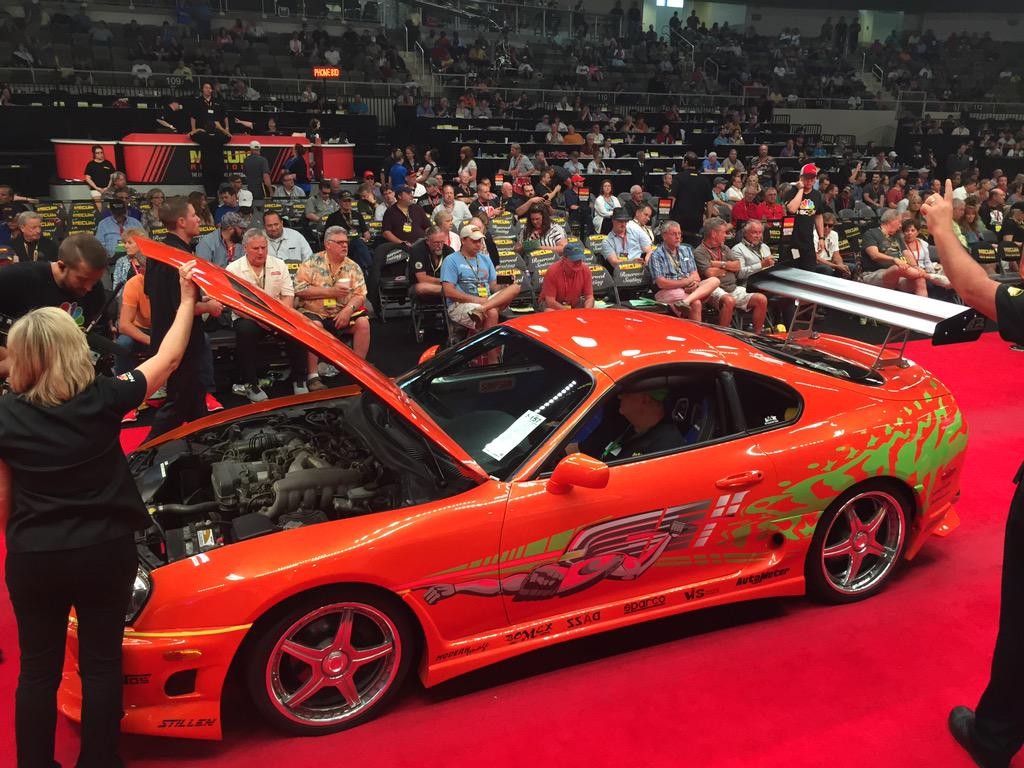 Surprisingly the model is a non turbo version and has around 230bhp but it does have a lot of body and suspension modifications.

What do you think of the selling price of the Toyota Supra? Would you pay $185,000 for Paul Walker’s Toyota Supra from the Fast and Furious movie?