Today The Car Spotter will be sharing the news of the one off Pagani Zonda GJ that was crashed in the Park Royal industrial estate in London. This Pagani crash comes within the same week as a yellow Zonda F was badly damaged in Dubai near the worlds tallest building; the Burj Khalifa.

The black Pagani Zonda CJ was reportedly for sale with Joe Macari exotic car dealer, so perhaps it was on a test drive. Pictures emerged recently of the car after it had been driven through a metal fence and hedge. Carbon fibre body panels were badly damaged and scuffed. The Pagani Zonda GJ has a top speed of 214mph and is capable of performing the 0-60mph  spring in just 3.5 seconds, due to a combination of ultra lightweight body parts and a 7.3-litre AMG V12 engine. 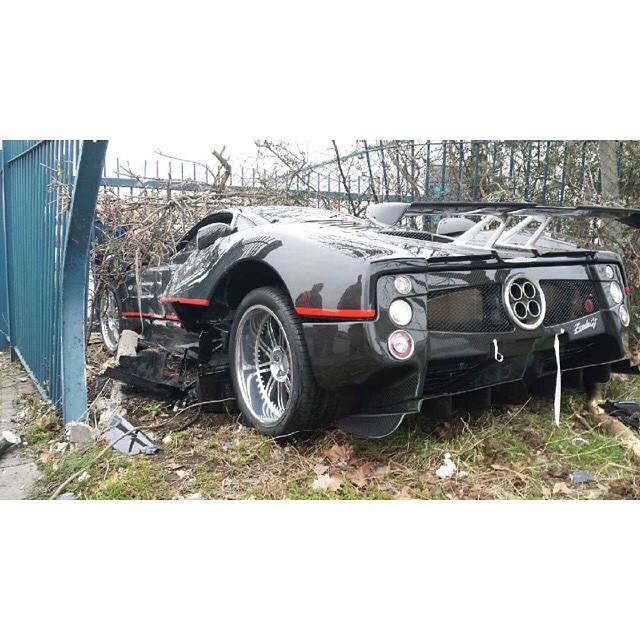 Pagani Zond GJ after plowing through a hedge and metal fence, picture by palmdalecarguru 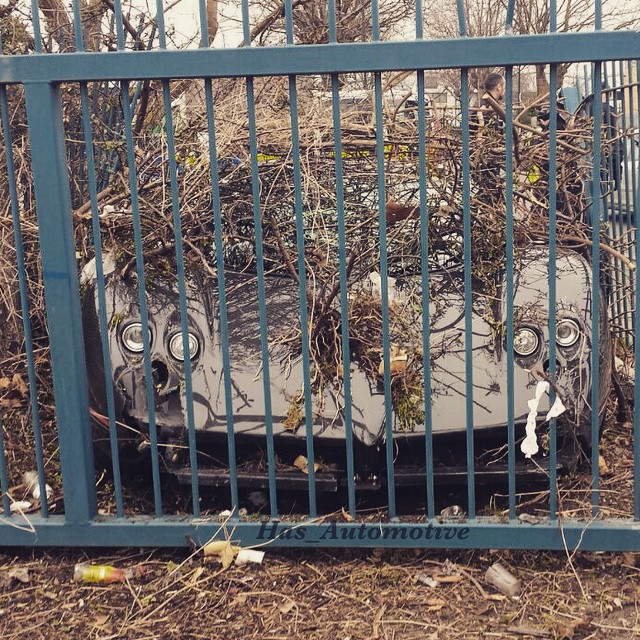 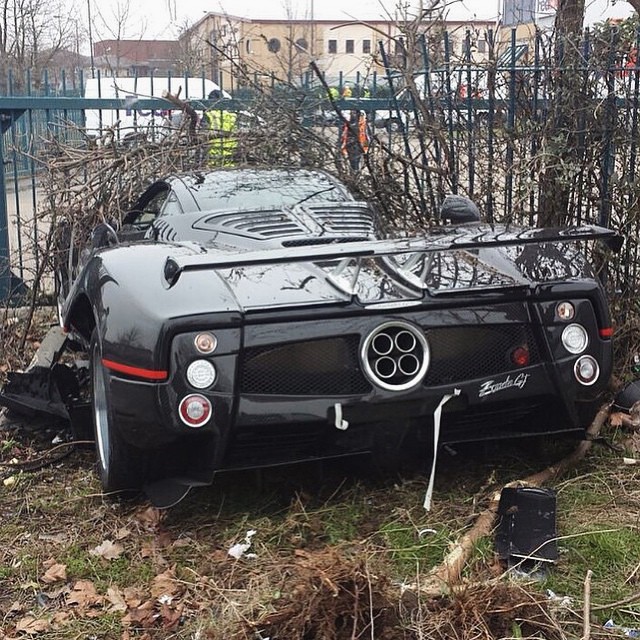 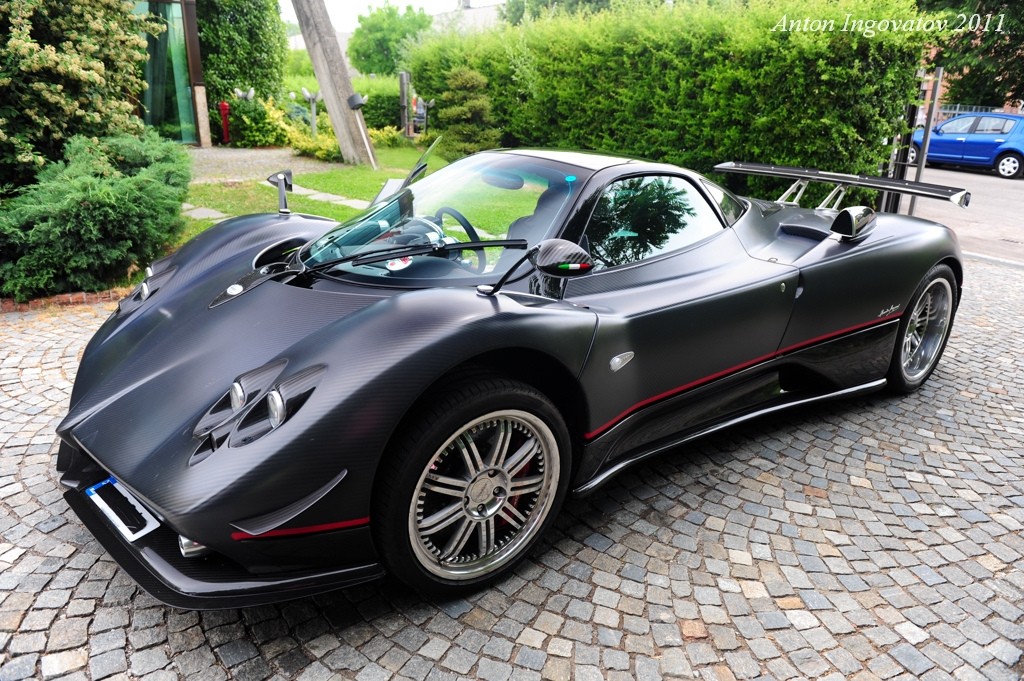 The Pagani Zonda GJ intact, before the crash

This particular Pagani Zonda was involved in an accident in Aberdeenshire after it crashed into an electricity pole. The total repair bill totalled £261,000 after the car was sent back to Pagani’s headquarters in Italy, the most expensive in Aviva’s history.

This crash comes within the same week as news emerged of a crashed yellow Pagani Zonda F that sustained serious damage in a downtown crash. The accident destroyed the entire front part of the Zonda F with parts being thrown across the road and fluids leaking. The carbon tub that holds the driver and passenger remained intact whilst the rest of the car seemingly took the full impact of the crash. 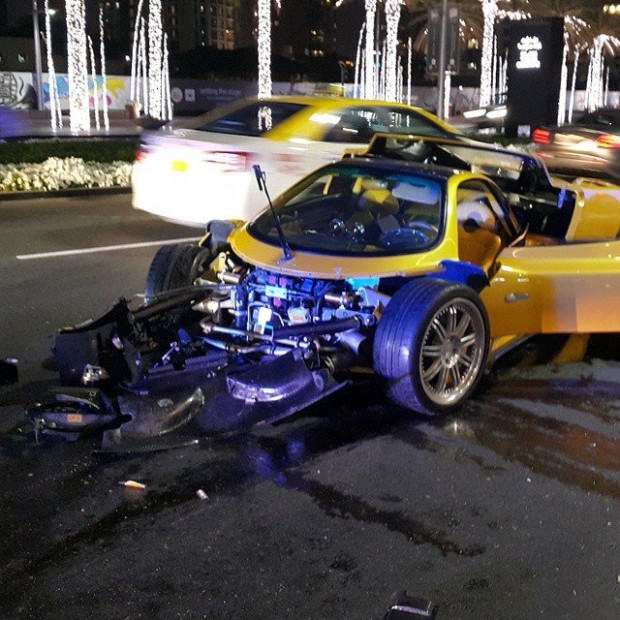 The yellow Pagani Zonda F in Dubai, the hypercar missing most of its front section, pciture by lhab 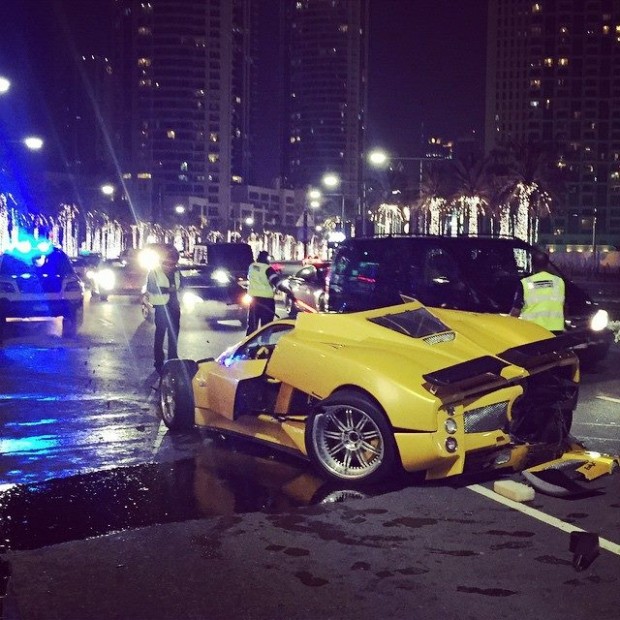 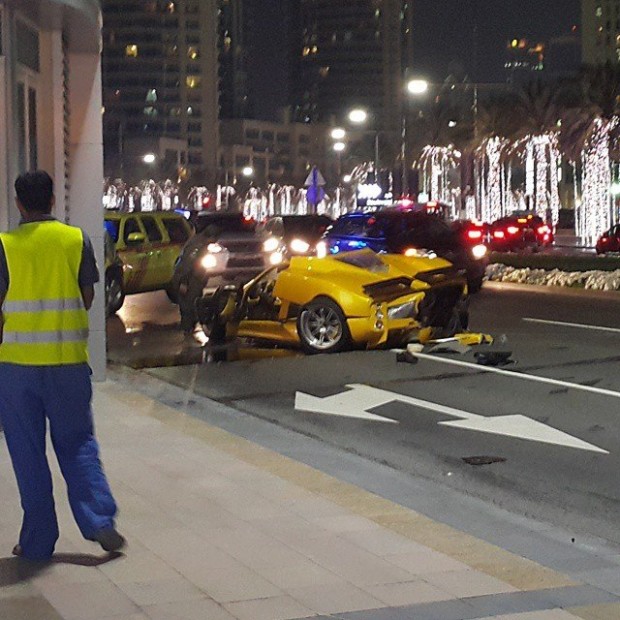 The images provide difficult viewing for car enthusiasts, but hopefully the cars will be rebuilt and gain a new lease of life to be enjoyed in the future. The Pagani Zonda F in Dubai is of particular interest to myself. I was close to witnessing the Zonda F during my last trip to Dubai, however when I arrived at Al-Ain motors where the car was advertised the yellow Pagani Zonda F was no longer there.